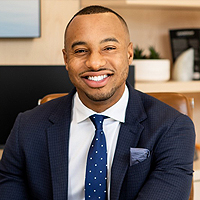 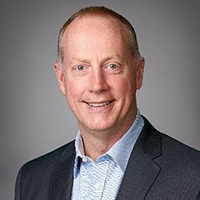 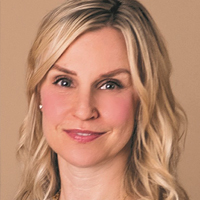 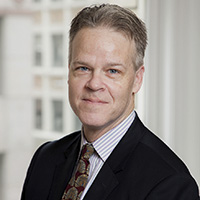 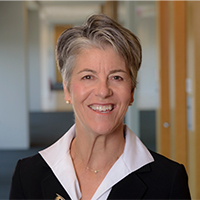 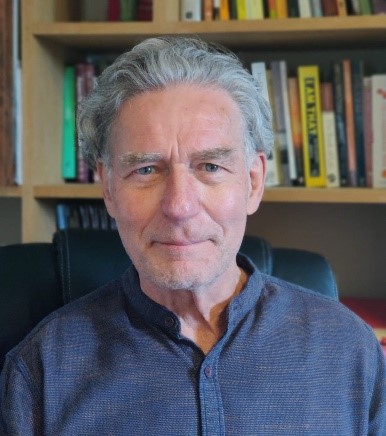 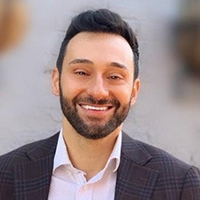 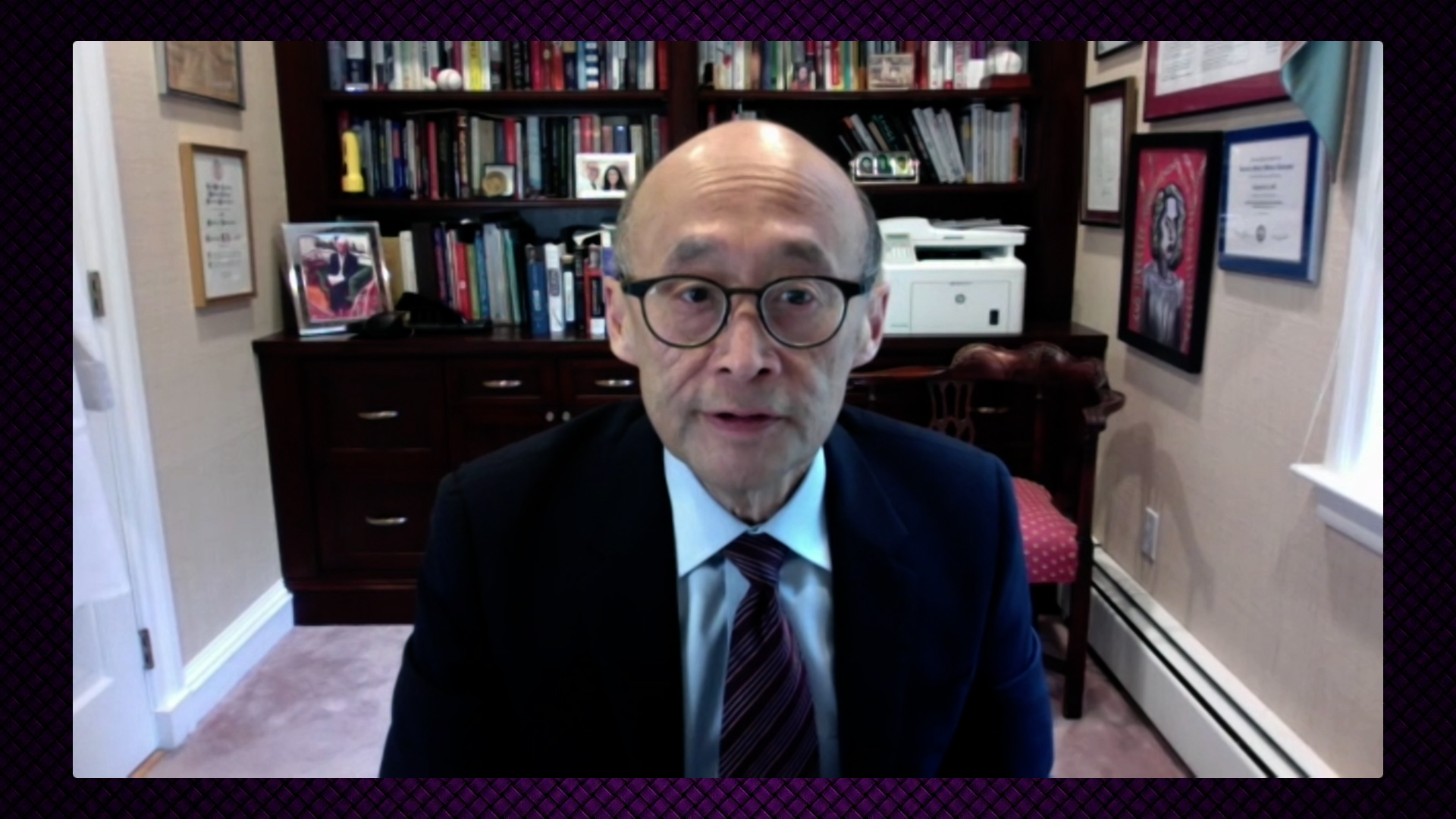 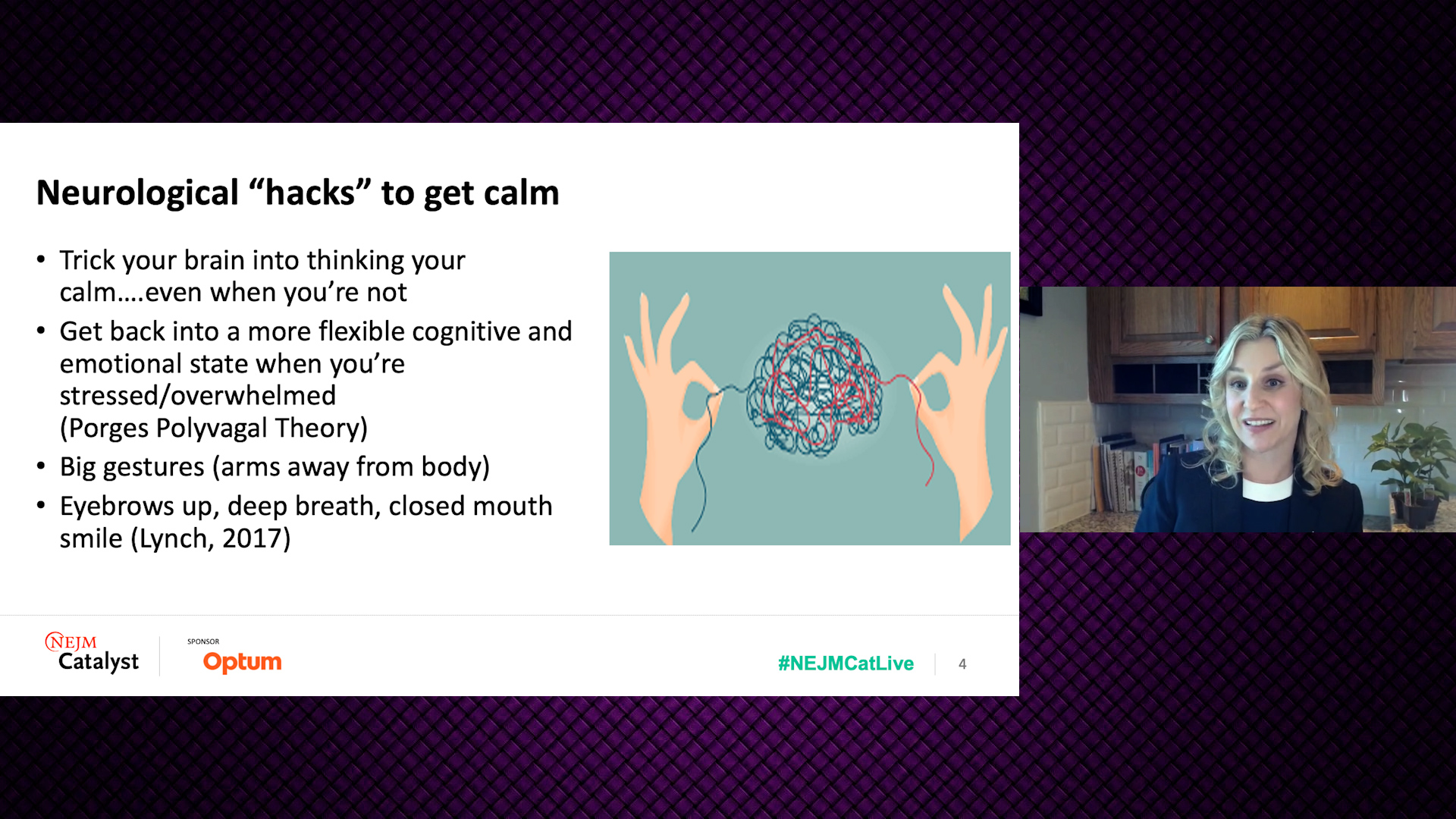 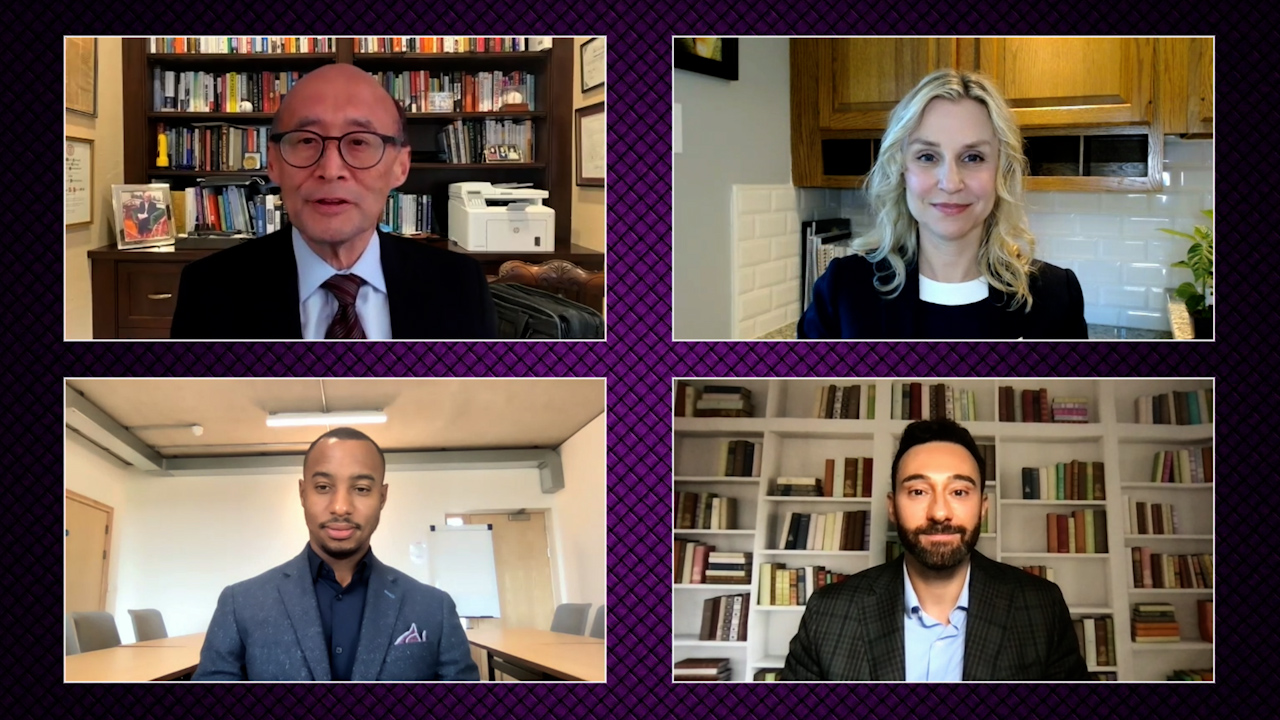 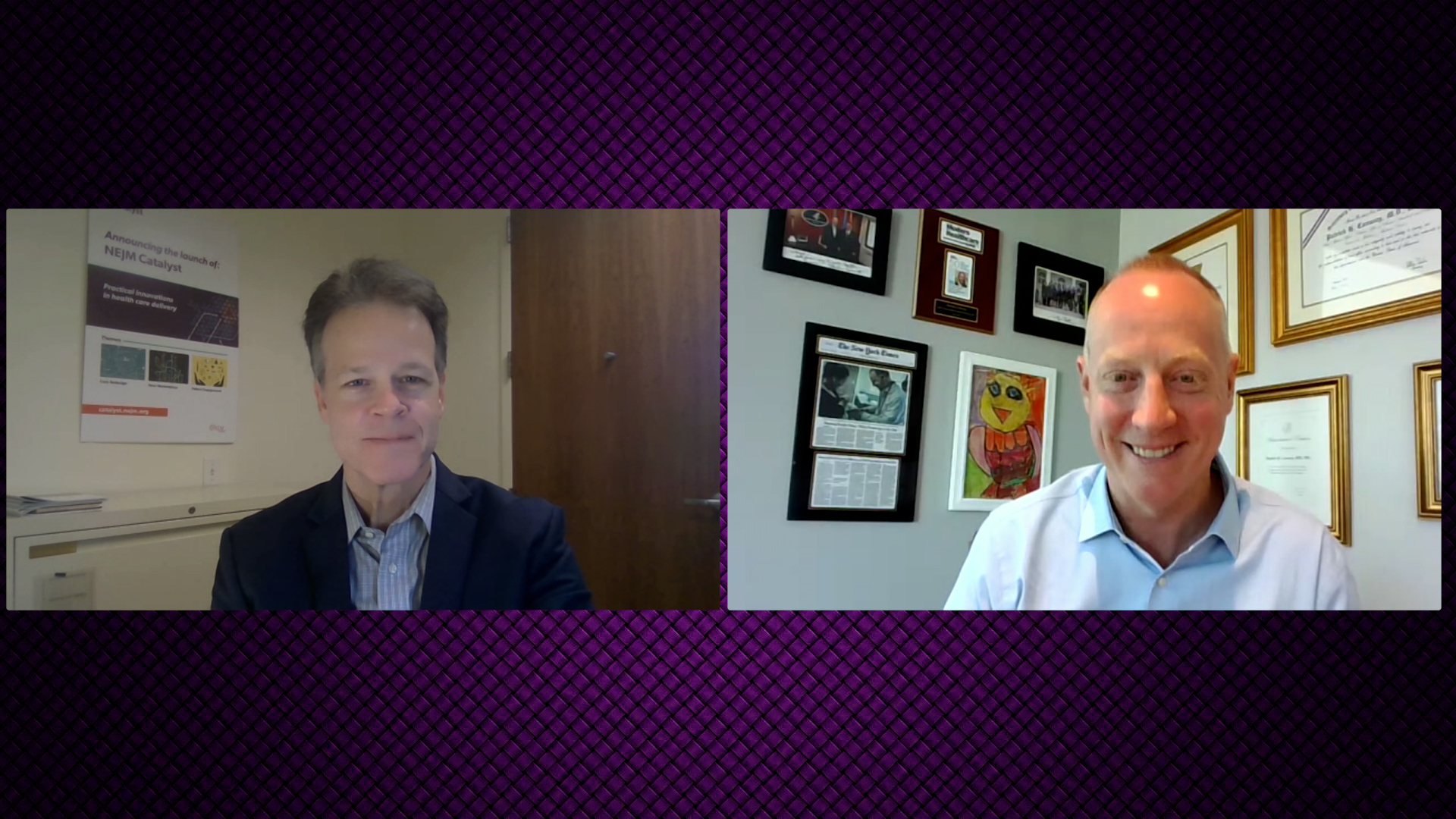 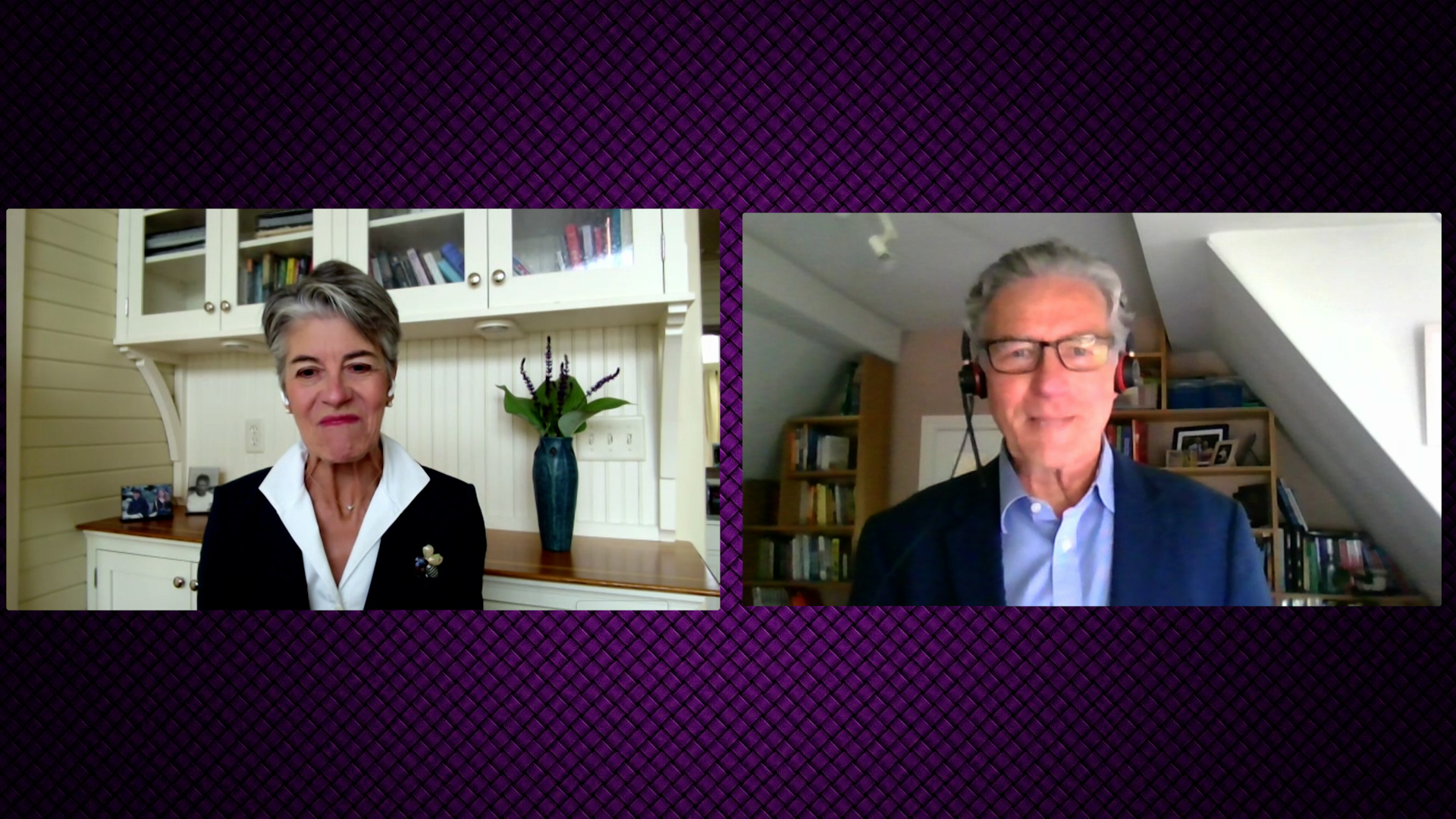 Dr. Adibe is a Sugarman Practitioner in Residence and Visiting Fellow at the Kahneman-Treisman Center for Behavioral Science and Public Policy at Princeton University. He holds a faculty appointment as a Professor of Organizational Change and Leadership at the University of Southern California.

Previously, Dr. Adibe served as System Vice President and Chief Wellness Officer at an academic medical center in Chicago, Illinois. During his tenure, he founded the Center for Clinical Wellness, a state-of-the-art facility designed to research and treat the effects of burnout and emotional exhaustion on health care workers. His work has been featured by the National Academy of Medicine, American Medical Association, American Psychiatric Association, and other leading outlets.

Dr. Adibe earned his medical degree from the University of Florida College of Medicine. He completed clinical clerkships in Emergency Medicine at both Harvard Medical School and the Stanford School of Medicine. As a graduate student, he studied health policy research and evidence-based health care at Oxford University.

Patrick Conway, MD, MSc, currently serves as the CEO of Care Solutions at Optum, part of UnitedHealth Group, where he leads a portfolio of care continuum businesses with over $20 bilion in annual revenue serving tens of millions of people across acute and post-acute care, care in the home, in-person and virtually, mental and behavioral care benefits and delivery, broad population and complex disease health management, and specialty care and government health services.

From 2017–2019, he was President and CEO of Blue Cross and Blue Shield of North Carolina, leading the organization to be recognized nationally for innovation, value-based payment, and investments in better health outcomes.

From 2011–2017, Conway served as Deputy Administrator for Innovation and Quality at the feeral Centers for Medicare and Medicaid Services (CMS) and as Director of the Center for Medicare and Medicaid Innovation (CMMI) and the agency’s Chief Medical Officer. Before joining CMS, he oversaw clinical operations and quality improvement at Cincinnati Children’s Hospital Medical Center. He remains a practicing pediatric hospitalist. A respected leader, innovator, and clinician, he was elected to the National Academy of Medicine (NAM) in 2014, received the President’s Senior Executive Distinguished Service award, and was a White House Fellow in 2007–2008.

He is the author of more than 260 academic articles and three books, Chaos and Organization in Health Care, Eugene Braunwald and the Rise of Modern Medicine, and An Epidemic of Empathy in HealthcarNamed in his honor, the Thomas H. Lee Award for Excellence in Primary Care is given each year to recognize a primary care physician at Brigham and Women’s Hospital who meets the needs of his or her patients exceptionally well.

Virginia O’Hayer, PhD, is a licensed clinical psychologist. She is a Clinical Associate Professor at Thomas Jefferson University Hospital’s Department of Psychiatry and Human Behavior and serves as Director of Jefferson’s Center City Clinic for Behavioral Medicine. She has undergone extensive training in acceptance and commitment therapy (ACT) and is dialectical behavior therapy (DBT)–certified. Her research and clinical work involve the application of acceptance-based behavioral therapies to health care providers and to patients with chronic illness.

She obtained her PhD in Clinical Psychology at Duke University, and she served on Faculty at Duke University Medical Center for 5 years as a transplant psychologist, working closely with patients awaiting and recovering from lung transplantation. She has coauthored three treatment manuals: ACT with CF, ACT with CF – Adolescents and Families, and ACT with HIV.

Dr. O’Hayer and her family moved to Philadelphia in 2012. She now lives in Bryn Mawr, Pennsylvania, with her husband, two kids, and two rescue mutts: Sandbox and Dogbert.

Dr. Sinsky is Vice President of Professional Satisfaction at the American Medical Association. A board-certified internist, she practiced at Medical Associates Clinic in Dubuque, Iowa, for 32 years. Dr. Sinsky is a member of the Board of Trustees of the ABIM Foundation, serving as Chair from 2018–2020 and also a Master in the American College of Physicians. She serves on the National Academy of Medicine’s Action Collaborative for Physician Well-Being.

Dr. Sinsky has worked to improve opportunities for joy, purpose, and meaning in work. Publications on “The Quadruple Aim,” “Joy in Practice,” “Texting while Doctoring,” and “Creating a Manageable Cockpit for Clinicians” have contributed to the national conversation. She has also contributed to research regarding the prevalence, drivers, and solutions to burnout among physicians.

Michael West, CBE, is Senior Visiting Fellow at The King’s Fund, London and Professor of Organisational Psychology at Lancaster University, Visiting Professor at University College, Dublin, and Emeritus Professor at Aston University, where he was formerly Executive Dean of Aston Business School.

He graduated from the University of Wales in 1973 and was awarded a PhD in 1977 for research on the psychology of meditation. He has authored, edited, and coedited 20 books and has published more than 200 articles in scientific and practitioner publications on teamwork, innovation, leadership, and culture, particularly in health care. He is a Fellow of the British Psychological Society, the American Psychological Association (APA), the APA Society for Industrial/Organisational Psychology, the Academy of Social Sciences, the International Association of Applied Psychologists, and the British Academy of Management. He is an Honorary Fellow of the Royal College of Physicians and Surgeons of Glasgow and an Honorary Fellow of the Royal College of Surgeons of Ireland, Faculty of Nursing and Midwifery.

He led the English Department of Health Policy Research Programme into cultures of quality and safety. He also led the NHS National Staff Survey development and initial implementation. He assisted in developing the national framework on improvement and leadership development in England (Developing People, Improving Care [2016]) and in Northern Ireland in developing the Collective Leadership Strategy for Health and Social Care (2017). He is supporting Health Education and Improvement Wales to develop the national health and care compassionate leadership strategy in Wales. He cochaired with Dame Denise Coia the two-year inquiry on behalf of the UK General Medical Council into the mental health and well-being of doctors, Caring for Doctors, Caring for Patients (2019). He led the review for The King’s Fund (commissioned by the RCN Foundation) into the mental health and well-being of nurses and midwives across the UK, The Courage of Compassion: Supporting Nurses and Midwives to Deliver High Quality Care (2020). His latest book (2021) is Compassionate Leadership: Sustaining Wisdom, Humanity and Presence in Health and Social Care (London: Swirling Leaf Press).

He was appointed a CBE in the Queen’s Birthday Honours List 2020 for services to compassion and innovation in health care.

As leader of AMG, Dr. Yehia provides strategic direction to the physician-led organization, which includes more than 10,000 clinicians who serve more than 2.3 million individuals nationwide. He also works to ensure patients receive the right medication at the right time, and at an affordable cost, by guiding Ascension’s pharmacy strategy including retail, mail order, and infusion services, supported by more than 4,000 pharmacy team members across all care settings.

Dr. Yehia joined Ascension in July 2018 to serve as Chief Medical Officer. In that role, Dr. Yehia championed clinician engagement, well-being, and development. He worked to develop the medical group’s care model portfolio and virtual care strategy, which enhances the delivery of personalized care and expands practice opportunities for clinicians.

A nationally recognized expert in health disparities and HIV medicine, Dr. Yehia has published over 150 articles, abstracts, and chapters in leading journals. He has made important contributions to the understanding of patient engagement in health care. Dr. Yehia has served in top leadership positions in government and on numerous boards, and is the former Deputy Under Secretary for Health for the Department of Veterans Affairs. He currently serves on the American Hospital Association Committee on Clinical Leadership and is on the Board of Directors of the Primary Care Collaborative.