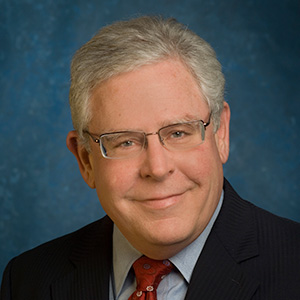 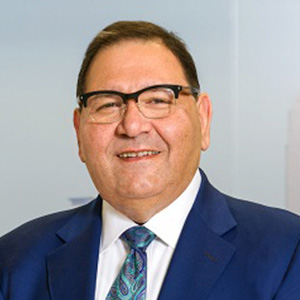 President and CEO
The MetroHealth System 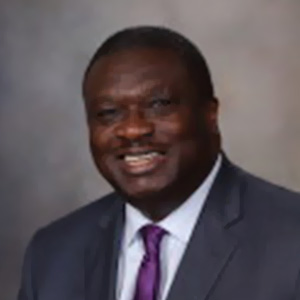 Director, Office for Diversity in Education, Board of Trustees
Mayo Clinic 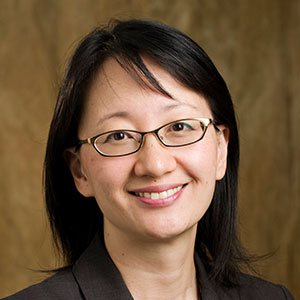 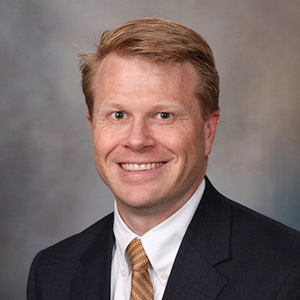 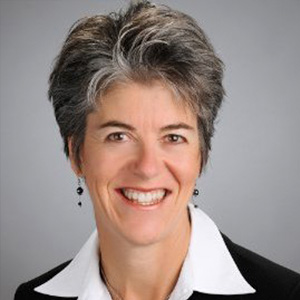 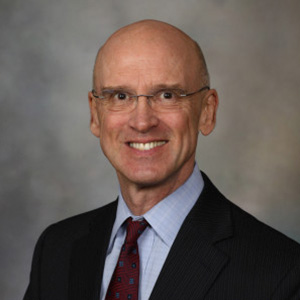 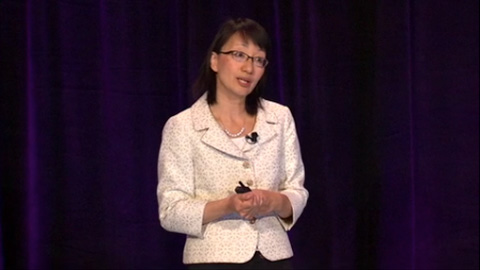 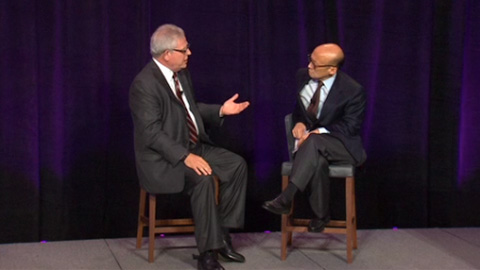 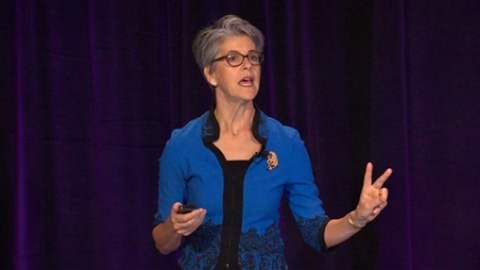 Since 2013, Dr. Akram Boutros has piloted an unprecedented transformation of Cuyahoga County’s public health care system. Under his leadership, MetroHealth has expanded the number of locations from which it offers health care from 19 to more than 50. It has helped improve the economic health of the community by hiring more than 700 additional employees and completed several landmark buildings, including expansion of the Critical Care Pavilion. And revenues have increased from $783 million to $934 revenues, and operating income has grown from $10.3 million in 2012 to $29.8 million in 2015. A highly visible executive, he cultivates personal relationships throughout the hospital system and the community along with a climate of personal excellence for everyone he works with. At MetroHealth Dr. Boutros is focused on a clinical, operational and structural transformation to ensure that MetroHealth delivers 21st century health care.

He sees collaboration with other health systems, organizations and local residents as a key driver in fulfilling MetroHealth’s mission of leading the way to a healthier community. Dr. Boutros is an internist with a 25-year record of successful hospital leadership at academic medical centers, community hospitals and specialty hospitals. A graduate of Harvard Business School’s Advanced Management Program, he has led organizations through strategic repositioning, operational redesign, clinical and physician integration and population health and risk-contracting efforts. His community service includes chairing the American Heart Association 2015 Cleveland Heart Ball, the most successful in the city’s history.

Director, Office for Diversity in Education, Board of Trustees

Director, Office for Diversity in Education, Board of Trustees, Mayo Clinic. Dr. Eddie Greene is Associate Professor of Medicine at Mayo Clinic in Rochester, Minnesota. He is a board-certified Internist and Nephrologist, with a practice focused on the medical care of the patient with kidney disease. Following graduation from the University of Minnesota Medical School, Dr. Greene completed his residency in Internal Medicine at the University of Minnesota and subsequently served our years in the United States Public Health Service. After completing his Public Health Service commitment he subsequently completed a fellowship in Nephrology at the University of Minnesota and focused his Nephrology training and much of his subsequent NIH funded research and clinical investigation career on the physiology and pathophysiology of mechanisms associated with the progression of chronic kidney disease.

Dr. Thomas Lee is Chief Medical Officer of Press Ganey and an internist and cardiologist who practices at Brigham and Women’s Hospital in Boston. He is a Professor of Medicine, part time, at Harvard Medical School and Professor of Health Policy and Management at the Harvard School of Public Health. Prior to joining Press Ganey, he served as Network President for Partners Healthcare System and CEO for Partners Community HealthCare, Inc., the integrated delivery system founded by Brigham and Women’s Hospital and Massachusetts General Hospital.

He is the author of more than 300 academic articles and four books, Chaos and Organization in Health Care, Eugene Braunwald and the Rise of Modern Medicine, An Epidemic of Empathy in Healthcare, and The Good Doctor.
Named in his honor, the Thomas H. Lee Award for Excellence in Primary Care is given each year to recognize a primary care physician at Brigham and Women’s Hospital who meets the needs of his or her patients exceptionally well.
Tom holds a bachelor’s degree in History and Science from Harvard College, a medical degree from Cornell University Medical College, and a master’s degree in Epidemiology from the Harvard School of Public Health. He lives in Milton, Massachusetts, with his wife, Dr. Soheyla Gharib, who is Chief of Medicine at Harvard University Health Services. The couple has three daughters.

University of Utah Senior Vice President for Health Sciences, Dean of the School of Medicine, CEO

Since July of 2011, Dr. Vivian S. Lee has served as Senior Vice President for Health Sciences, Dean of the University’s School of Medicine, and CEO of University of Utah Health Care. She is responsible for an annual budget of $3.3 billion, including a health care system comprised of four hospitals, numerous clinical and research specialty centers like the Huntsman Cancer Institute and John Moran Eye Center, a network of 11 neighborhood health centers; an insurance plan; over 1,330 board certified physicians; and Schools of Medicine, Nursing, Pharmacy, Health, Dentistry.  graduate of Harvard-Radcliffe, Dr. Lee received a doctorate in medical engineering at Oxford University as a Rhodes Scholar. Returning to Harvard, she earned her M.D. with honors.

Following a residency in Diagnostic Radiology at Duke, she trained as a fellow in MRI at NYU. Prior to coming to Utah, she served as the inaugural Vice Dean for Science, Senior Vice-President and Chief Scientific Officer at New York University Langone Medical Center. Dr. Lee is currently principal investigator for two NIH R01 grants. Elected to the National Academy of Medicine, the American Society of Clinical Investigation, she serves on NIH Council of Councils and the Journal Oversight Committee for JAMA. A Fellow and past President of the International Society for Magnetic Resonance in Medicine (ISMRM), Dr. Lee has authored over 150 papers and a popular textbook, Cardiovascular MRI: Physical Principles to Practical Protocols. Dr. Lee’s research focuses on quantitative functional MRI for the improved understanding of physiology and disease.

Professor of Medicine and Hematology, Director, Department of Medicine Program on Physician Well-Being

Dr. Tait Shanafelt received his medical degree from the University of Colorado where he received the Hippocrates Award as the “Physician’s physician”, the Golden Head Cane Award as the outstanding student in internal medicine, and the Robert E. Glazer Award for leadership and service. Tait later went on to Hematology/Oncology Fellowship at Mayo Clinic where he received both the Mayo Brothers Distinguished Fellow Award and the Summerskill Award for outstanding scientific research. He joined the faculty of the Mayo Clinic Division of Hematology in 2005 and is a Professor of Medicine and Hematology. He is currently completing a 3-year term as the President of the Mayo Clinic Voting Staff. Dr. Shanafelt spends 70% of his time developing new therapies for treatment of chronic lymphocytic leukemia.

He is currently the principle investigator on two R01 grants from the National Cancer Institute and is also the PI on numerous clinical trials testing new treatments for patients with CLL. He has published >240 peer review manuscripts in addition to more than 100 abstracts and book chapters. In addition to his leukemia research, Tait is an international thought leader and researcher in the field of physician well-being and its implications for quality of care. He is the director of the Mayo Clinic Department of Medicine Program on Physician Well-Being, a clinical laboratory evaluating personal and organizational factors that contribute to physician satisfaction. His research in this area has involved physicians at all stages of their career from medical school to practice had has include several multi-center and national studies. He has published widely on this topic including numerous works in the JCO, Annals of Internal Medicine, and JAMA and has served as a key note speaker to the ACGME, AAMC, AMA, and ABIM on this topic.

Dr. Sinsky is the Vice President of Professional Satisfaction at the American Medical Association. A board certified internist, she also practices at Medical Associates Clinic and Health Plans in Dubuque, IA. Dr. Sinsky is a Director with the American Board of Internal Medicine (ABIM). She is also a member of the Board of Trustees of the ABIM Foundation and serves as the Secretary/Treasurer. She is a Fellow of the American College of Physicians (ACP) and the recipient of the Iowa ACP 2013 Laureate Award. Dr. Sinsky is a member of the National Advisory Council for Improving Primary Care through Industrial and Systems Engineering; and has served on the national advisory councils for the Centers for Medicare & Medicaid Services’ Innovation Center’s Comprehensive Primary Care Initiative and the Veterans Administration’s Patient Aligned Care Team initiative, and the National Committee for Quality Assurance’s Committee on Physician Programs, with oversight of the Patient-Centered Medical Home.

From 2011 to 2012, she led “In Search of Joy in Practice,” a primary care project of the ABIM Foundation. Dr. Sinsky is a co-author of the Institute of Medicine’s 2011 report, “Health IT and Patient Safety: Building Safer Systems for Better Care,” and has twice provided testimony to the Office of the National Coordinator for Health Information Technology regarding the role of electronic health records in care coordination and usability. A frequent invited lecturer on practice innovation, redesign and physician satisfaction, Dr. Sinsky has presented to groups including the AMA, the ACP, the Institute for Healthcare Improvement and the Patient-Centered Primary Care Collaborative, as well as to private and academic medical centers. Dr. Sinsky received her bachelor’s and medical degrees from the University of Wisconsin, and completed her post-graduate residency at Gundersen Medical Foundation/La Crosse Lutheran Hospital in LaCrosse, Wisconsin, where she served as Chief Medical Resident.

Dr. Stephen Swensen is the Medical Director for Leadership and Organization Development and a Professor in the Mayo Clinic College of Medicine. He is a Senior Fellow of the Institute for Healthcare Improvement. From 2005-2012 he served as the Director for Quality and Associate Dean for Value. Under his leadership, the Quality Academy and the Value Creation System were established. More than 37,000 colleagues have been certified as Bronze, Silver or Gold Quality Fellows. Dr. Swensen has been conferred the Diamond Quality Fellow Lifetime Achievement Award. Dr. Swensen chaired the Department of Radiology from 1998-2006. His leadership team used Lean-Sigma and Baldrige methods to improve the value of care for patients provided by 1,200 staff who performed more than one million exams annually. During his tenure the department was recognized as the No. 1 Radiology Practice in the USA (Medical Imaging) and the most Patient-Centered (Diagnostic Imaging). Dr. Swensen has served as a Director on three Boards and as a member of the Mayo Clinic Management Team and Clinical Practice Committee. He holds a Masters of Medical Management from Carnegie Mellon University’s Heinz School. Dr. Swensen is a trained Executive Coach.

He received his MD from the University of Wisconsin. His residency training was at the Mayo Clinic and his Thoracic Radiology Fellowship at Harvard Medical School, Brigham and Women’s Hospital. Dr. Swensen is past President of two international societies: the Fleischner Society and the Society of Thoracic Radiology. He teaches Value Creation at the School of Public Health in the University of Minnesota. He chaired the American College of Radiology’s Quality Metrics Committee and led the RSNA’s Continuous Quality Improvement Initiative. He founded the Big Sky Quality Roundtable, the Keystone Quality Officer Group and the Sun Valley Quality Assembly. He has been Principal Investigator of three NIH grants related to lung cancer screening with CT and diffuse infiltrative lung disease. He has authored two books and 146 peer-reviewed articles. During the two past decades, Dr. Swensen has started three businesses. He has been married for 38 years and has two children. He has run or cross-country skied 38 marathons.